You may have noticed it’s been a little quiet around here these days. That’s because on May 20, our twins, Callum and Sebastian, decided to arrive early! Since then, blogging has taken a backseat as we’re thrown headfirst into the waters of being NICU parents. Thankfully the boys are doing really well and we look forward to bringing them home soon! 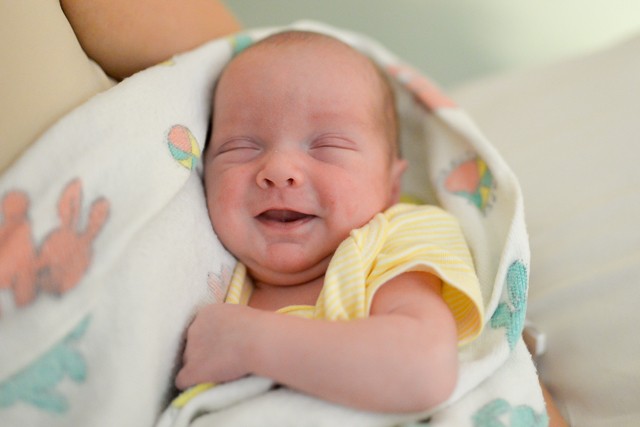 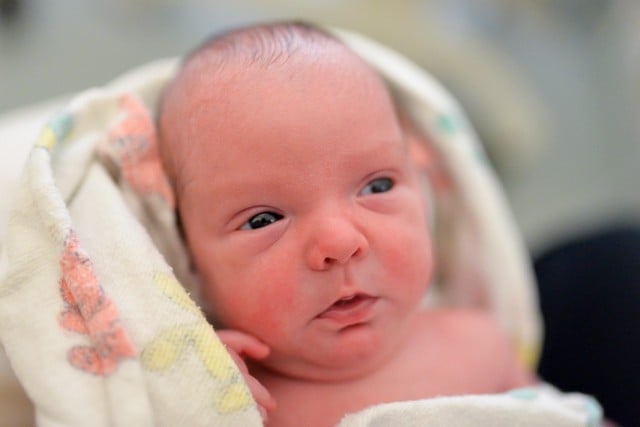 In the meantime, I wanted to take a little time and write down our twin birth story. It didn’t go as I expected it to go—giving us our first lesson about being parents!

My twin pregnancy was fairly easy. Not that it didn’t have its difficulties, but I escaped many of the complaints of pregnant women, especially those pregnant with twins. At 32 weeks, I was still swimming, walking, and doing projects for my blog. I was more afraid of being induced at 38 weeks than I was of going into pre-term labor.

I dreamed of a natural birth and we took a lot of steps to give us the best opportunity. Ryan and I attended Hypnobabies classes (which we recommend wholeheartedly), hired a doula, and researched birthing twins naturally. We knew it was a long shot, but made every effort to have the birth I desired. More than anything, I wanted to feel like a mom bringing life into the world, instead of like a hospital patient. I wanted it to be beautiful.

On May 15, I had my first non-stress test (NST) and an appointment with my OB. Everything was looking great! A little after midnight, however, I woke up to go to the bathroom and felt a small gush of fluid. I wasn’t alarmed since the babies were still moving, and I went back to bed. An hour later, I had a second gush that was a little larger. Ryan and I decided to head to the hospital to make sure everything was okay. I was 32 weeks and 30 minutes pregnant.

We arrived at hospital triage and they had me do a urine test. When I looked at it, I knew immediately that I wasn’t going home. I couldn’t believe it. I hadn’t packed my bags. I hadn’t said goodbye to my dog. The nursery wasn’t finished. The doctors hadn’t even told me I was admitted—I just knew.

In the next few hours, it was confirmed that Callum’s water had broken and I was admitted to the hospital. Though I was having small contractions, which I couldn’t even feel, I wasn’t in labor. They kept me on the labor and delivery floor for eight hours with no food or water, just in case I was going into labor and they needed to do an emergency C-section.

Thankfully, I never went into labor. They moved me from the labor and delivery floor to the mother/baby floor. The goal was to stay pregnant for another three weeks in the hospital—to get the babies to 35 weeks. I was hooked up to all sorts of monitoring machines and IV drips, I was poked, prodded, and medicated every hour, I barely slept, and I couldn’t shower. For the first 48 hours or so, I almost forgot I was pregnant. I have never felt more like a hospital patient in my life. 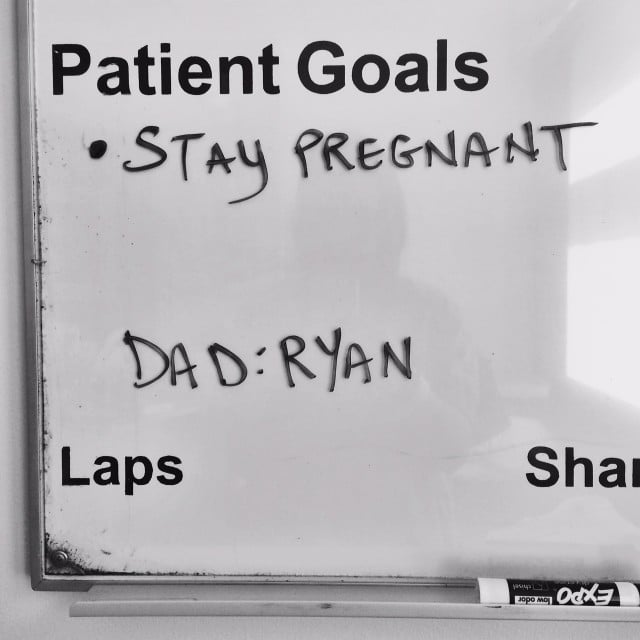 Over the next few days, I had to come to terms with the fact my birth wasn’t going to look like what I wanted it to look like. Callum was breech, his water was broken, and he had Sebastian sitting on top of him. The odds of him flipping head-down, especially when I wasn’t allowed to get out of bed except to use the bathroom, were slim. But the more that I thought about it, the more I recognized that I’d done everything I could do, and at that point I had to accept a different birth plan.

I started to get ready for a C-section. I knew it was the only way our babies were going to come into the world. My Hypnobabies instructor came and did a fear-clearing session with me and I let go of a lot of my fears of having a C-section. I decided a C-section could be a beautiful birth. Around that time, I was changed to intermittent monitoring, my IV was removed, I was allowed to shower, and I took off the hospital gown and put on real clothes. My friends and family came and visited and decorated my hospital room. People prayed for us and brought us food. Ryan was incredibly supportive, as always. I started to feel like an almost-mom again. 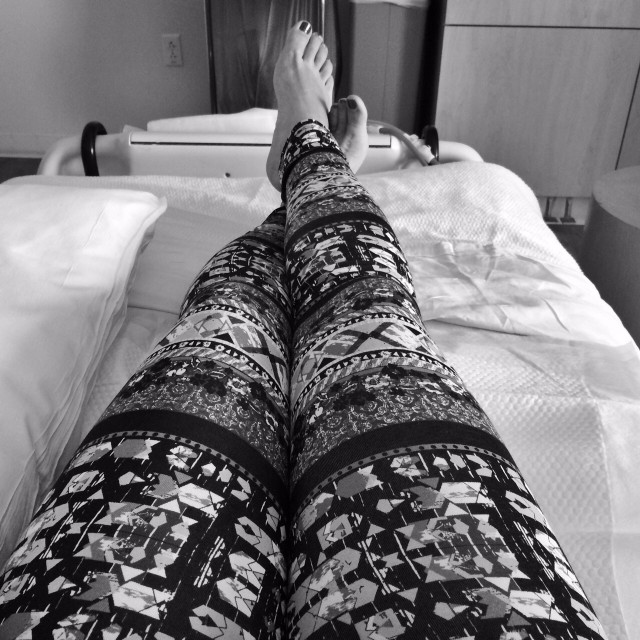 On May 20, I woke up to stronger contractions. They weren’t painful, but I definitely felt them. For a few hours, I drank a lot of water and willed them to slow down. Then about 8:00am, I started feeling Callum kick in a way that I had never felt before. His kicks were incredibly painful and were…low. Way too low. My nurse called a doctor and she brought in an ultrasound machine. Soon we had our answer.

Callum had KICKED OUT OF ME.

Right through my cervix! I looked at my doctor and she said, “Today’s the day!” I couldn’t believe it. I was flooded with emotions. Just as I had assumed I’d make it to full term, I’d assumed I’d make it the three weeks. Not just five days! I could barely wrap my mind around the fact I was about to become a mom.

I called Ryan at home and he rushed to the hospital. The anesthesiologist came into the room and sat down next to me. He told me that he knew I was feeling a surge of emotions, but he needed me to clear out everything negative and focus on the positive. I turned to some of my Hypnobabies techniques and started deep breathing, sending as much love and oxygen as I could to the babies. I prayed for their safety since they were only 32+4 weeks old. And for the most part, I was able to set my fear aside, trust in God’s provision and goodness, and look forward to the birth of our boys.

Ryan got to the hospital right as I was being wheeled down to the OR. He seemed so calm, even though I’m sure he was feeling a thousand things at once as well. He was sent to scrub up and the team of doctors and nurses started to get ready for the birth. One of my favorite nurses came to the OR with me and held my hand through my epidural. The anesthesiologist talked to me the whole time, telling me what was happening and why, helping to keep my nerves calm.

It is organized chaos in the OR for a C-section, but I focused on the fact I was about to become a mom and meet our beautiful sons. Despite the atmosphere, I didn’t feel like a patient.

Ryan soon joined us in the ER. He sat down and held my hand and told me how proud of me he was. Though I was numb, there was still a lot of pulling and tugging. I couldn’t believe how quickly everything went! Ryan stood up to take a look and I heard a strong cry. Callum was here! I couldn’t see anything but that loud cry was everything to me. The anesthesiologist told me that it was my calm and positive attitude that contributed to him being born so full of life. Half a minute later, Sebastian made his appearance, also making himself known with a loud cry as well. Our boys arrived at 10:22 and 10:23 that morning in a beautiful C-section birth.

Once they were born, Ryan went to the teams of NICU nurses looking over each of the boys. He cut Sebastian’s cord and took a few quick photos for me. They wheeled Callum past me and held him up for me to see before speeding off to the NICU. Then Sebastian’s team of nurses wheeled him by, Ryan followed, and it was quieter in the OR.

I tried not to think too much about the separation but be thankful that they seemed so healthy. The anesthesiologist stayed with me and told me how proud he was that I’d breathed so much life into my boys, and then told me a bunch of random stories about babies to keep my mind off the fact I was being sewed shut. I will be always thankful to him being there during the birth—he went above and beyond to make sure I had a positive experience and that our babies would be as healthy as possible when they were born.

Recovering from a C-section is no joke, and it took me all afternoon and evening to get to the point where I could sit in a wheelchair and go down to the NICU. I first got to really see the boys about 12 hours after they were born. I couldn’t believe that these two tiny babies had come out of me! They were both on CPAP breathing treatments and had IVs and monitoring cords on them. And they were the most beautiful little things I’d ever seen. 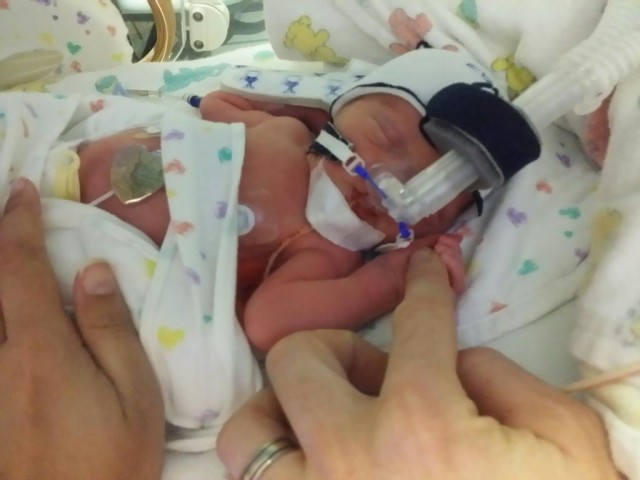 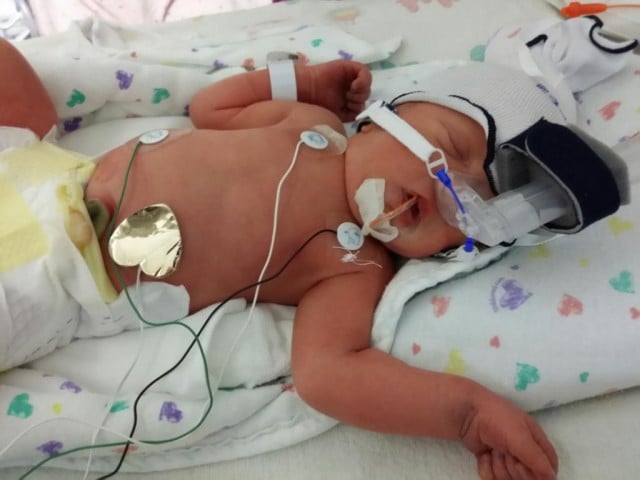 It’s two and a half weeks later and they’re still in the NICU. While I so badly want them home with us, their NICU care has been a silver lining—it’s allowed me to recover from my C-section while still getting them the best care possible. We have met some of the most amazing nurses during the boys’ stay, and I know that they are in good hands when we can’t be there with them.

Ryan and I have since gone home from the hospital, but we visit every day to do the boys “cares”—changing diapers, taking temperatures, and just recently, bottle and breastfeeding. When they were first born, we were very limited on when we got to hold them, but now we can hold them whenever we want, which is great. We see progress every day and hope to be able to take them home in a week or two. I can’t wait to have them in a picture — together!

I will be writing about our NICU experience separately — it definitely deserves its own story.

Becoming a mom didn’t go at all how I pictured it going. But a positive C-section birth, as well as an amazing team of doctors and nurses, has been such a gift. I am so thankful that we have the medical advances to get Callum and Sebastian out of me when they needed to come out, as well as care for them at such a young age. Now to get them home!